Now, go do something awesome. 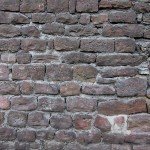 “All work and no play makes Jack a dull boy,” or so the saying goes, and apparently, there’s truth in it.  According to an October 2011 story in The Atlantic, the lack of unstructured play is making our children more anxious and depressed.  When I present on the topic of games and their value for learning, I usually hit this fundamental issue.  Play is valuable.  Powerful learning happens when we’re in that flow state.  I point educators to a great TED Talk by Dr. Stuart Brown on importance of play.  In his talk, he quotes Dr. Brian Sutton-Smith, “The opposite of work isn’t play – it’s depression.”

This wall between play and work is entrenched in our fast-paced, corporate-driven culture.  Play is something we do on the weekends and perhaps in the evenings after we’re home from the office.  What’s frightening me, lately, is that I’m seeing this same mental wall in people’s minds between play and learning.  Our busy, test-driven classrooms allow little room for “sandbox” time, a time for simply exploring a concept of the student’s choice.  Our curricula are formulaic and, of course, time-finite.  We must ensure that all students achieve mastery before the summer.

It isn’t a surprise that the idea of bring play (and video games) into the classroom takes many educators aback.  After all, we’ve been thoroughly conditioned by the rat race.  What really concerns me is that this same division exists in the minds of even our youngest learners.  How do I know?  I’ve been moderating YouTube comments!  Several months ago, I posted a video of our 5th graders sharing their Minecraft creations.  At some point, the video became somewhat viral (as of this posting, over 600,000 views).  The huge majority of comments (over 4,000 so far) are coming from K-12 students.  I’ve been really surprised by the pushback I’m receiving from these kids.  Comments like, “You can’t learn from a game,  you learn at school,” and  “how can you learn while playing a game?” aren’t uncommon.

I often evoke Scott McLeod’s blog title when thinking about things like this.  Public education is barreling full steam down a path toward dangerous irrelevance.  Is what happens in the classroom truly meaningful to our kids?

C’mon innovators!  I know you’re out there.  Let’s reverse this trend, and bring play and exploration back into the learning process.  It doesn’t have to be through video games (though, that’s a good way to start).