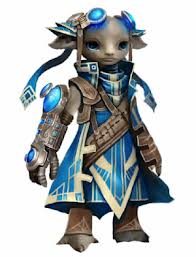 The WoWinSchool Project continues to amaze me.  What began in 2009 has grown, evolved, and continues to engage students in unique and exciting ways.  The keys are tapping into relevance and creating a space in which what our Heroes learn relates to the context of their experiences.

The curriculum that Craig Lawson and I wrote for the program and released in June of 2011 has resonated with other pioneering educators around the globe.  This year has been no exception.  With the more affordable, dynamic MMO’s entering the market and game-based learning gaining the attention of district-level decision makers, more Lorekeepers (teachers) are taking up the banner and guiding a new generation of student-heroes into this adventure in learning.

The adaptability of the learning quests in the curriculum makes it suitable for games beyond World of Warcraft.  In Pender County Schools, our programs have made a significant transition to a new world.  The subscription fees associated with WoW have, historically, made it cost-prohibitive for many would-be additions to the program.  As our allotment of 60-day subscription cards began to dwindle, I began to research viable alternatives that might allow us to continue our momentum.

I experimented with Rift and Star Wars: The Old Republic, and though they have merits, both, at the time, were subscription-based, and in my experience, didn’t provide the epic-level experience we’d had in WoW.  I began following the developments of ArenaNet’s Guild Wars 2 and held out hope that this might be the one.  A month after release, I was convinced.  Around this same time, LeVonda Vickery from the REACH School in Oregon, contacted me regarding her desire to use our curriculum with Guild Wars 2.  So, I wasn’t the only one thinking about the possibilities!  Guild Wars 2 would take us and our program forward, providing our heroes with deep, story-driven content, while adding a huge layer of community-driven experience I felt had always been lacking from World of Warcraft.

We conducted a test to see how well it would fit with a group of five students in Cape Fear Middle’s SAGA class.  Their feedback was very positive and the game performed acceptably on our newest Dell desktops (with integrated graphics) and beautifully on our Alienwares.  After discussing with our school-based Lorekeepers, we agreed.  “It’s time to move to Tyria!”

All of our 30+ Heroes have now embarked on a new adventure in Tyria.  GW2’s emphasis on character and story during character creation really sets the stage for focusing on a player’s role in the bigger picture of world events.  The unique level-adjusting system means that players who have outpaced their guild mates in level can go back to support their lower-level friends while still being challenged.

GW2’s focus on guilds also creates unique opportunities for our student guild, The Legacy, to engage with the larger server community.  The perks that guilds earn for gaining influence points (by working together in the game), allow for students to have a greater say in the direction of their community takes.  A great example of how we’re taking advantage of this is with our recent guild emblem contest.

Already, more schools have joined or expressed an intent to join the program in the near future.  The Legacy Guild is growing!  Exciting possibilities are on the horizon!

Brandon Sheffield, writer for Gamasutra, covered Jane McGonigal’s talk at the Game Developer’s Conference, which is going on this week.  In her talk, Ms. McGonigal made some very poignant remarks about the nature of massively multiplayer online games (MMO’s), why they’re so successful, and how there’s true potential in the medium.  Of course, her remarks have some powerful implications for educational gaming:

Positive psychology is coming to the conclusion that multiplayer games are the ultimate sustainer of happiness.

This observation is based on her research that MMO’s replicate what she feels humans crave:  satisfying work, the experience of being good at something, spending time with people we like, and being part of something bigger than ourselves.

She goes on to suggest that virtual game worlds provide a space that fosters collaboration.  Based on the estimated time it took to create Wikipedia (~100 million mental hours), she says that the collective time and efforts of World of Warcraft players could create it in five days.  She then goes on to make a statement that, could easily be applied to education in these sorts of environments:

There’s no reason why we can’t take real world work and real world problems and seductively conceal it in a game world. Gamers have no problem doing work and doing collaborative things, you just have to figure out how to make them care about it.

In my view, that’s one of the key potentials of serious games, especially virtual worlds.  They provide a context and environment in which students work together toward a shared goal.  The challenge of what she mentions will be providing quality instruction and learning goals that are meaningful to the learners while not being particularly overt about it.