The future is coming.  Are you ready?  I am and I’m excited about what it holds for education!  As if it weren’t already clear that I’m an unabashed (and rather proud) geek, you might suspect that my favorite genre of literature is science fiction.  And, you’d be mostly right, though the number one spot is also shared with fantasy literature (big surprise, huh?).  Last week I wrapped up Ready Player One by Ernest Cline.  It was a blast!  A mashup of 80’s pop culture and gaming with a healthy dose of dystopian cyberpunk, it really is this 80’s kid’s dream novel.

When consuming media, though, I find it difficult to take off my educator-glasses. So, as I’m reminiscing about the days of the blips and beeps of the mall arcade and the tabletop PacMan at the local Pizza Hut, I’m also paying close attention to what Cline says about education.  I highlighted several passages because they got me thinking…  Want to know what school will be like in the future?  Maybe science fiction holds the key!  Then, I reflected on other science fiction I’d read or seen in the movies.  What if?  Here are some possible futures: 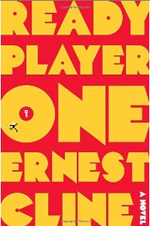 This is a future that both excites and worries me at the same time.  However, look at the pressures our public schools are facing.  Imagine a system that was free, accredited, and offered experiences like these:

What person wouldn’t want to experience a learning environment like that?  Aside from the physical and monetary constraints on today’s schools, consider this, more personal statement by Parzival, the main character in the novel:

Ever wonder why students are drawn to video games and virtual worlds?  Do you think, given the option to customize the appearance of their avatars that they’d hesitate to choose this kind of schooling over the traditional brick-and-mortar alternatives?

In later passages Parzival explains his experiences exploring ancient Egypt, touring a beating human heart (a la The Fantastic Voyage), and visiting Jupiter’s Io to watch a volcano erupt as Jupiter loomed on the horizon.  Imagine being able to have these sorts of experiences with your own learners!  Sleeping in class?  I doubt that would be an issue. 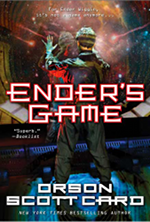 It’s interesting that I actually read Ender’s Game after I’d first used an iPad.  So, as I read passages like the one below, I was amazed at the author’s vision of learning in the future:

Already, tablet computers like the iPad are becoming frequent sights in our classrooms.  Their ability to provide technology-enhanced learning, individualized to a learner’s needs is powerful.  What might the future look like if every student had access to these devices to support their learning?  In some places, that future is already here.

Consider the Battle School from Orson Scott Card’s Ender’s Game.  Through rigorous game-based simulations, students in Card’s world learned standard curricula as well as military strategy.  Schools around the world are starting to pay attention to video games and how they can be effective tools for teaching.  (This blog has examples!) 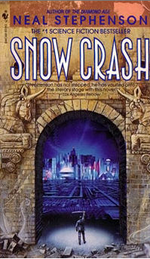 Imagine what classroom learning might look like if each student had a personal, digital assistant to help them as they learned, adjusting to their specific learning styles, and helping them as they researched online.  In Neal Stephenson’s Snowcrash, the main character, Hiro, has a computer program dubbed “The Librarian” who takes the form of an avatar and helps him as he researches a mystery that’s plaguing hackers in cyberspace.  Consider this interchange between Hiro and his assistant as they piece together information that each of them has collected:

When I consider these elements I think about my iPhone and that quirky little personality that resides within, Siri.  The thing that makes Siri amazing is not that it can recognize your speech or conduct basic information gathering for you, but rather that it’s the beginning stages of tools that can make sense of what we are saying/asking.  This is beyond speech recognition.  This is semantics.  What if each of your learners had one of these?  This wouldn’t supplant a teacher, but would foster individualization and differentiation.  At the same time, this we can always direct students to Siri for those “Bloom’s Basement” sorts of questions.

If you haven’t read these novels, you really should.  Not only do they have interesting predictions about the future (and the future of learning), they’re great reads!  There are probably countless other examples from science fiction.  Perhaps you’ve got some?  Leave a comment and share!