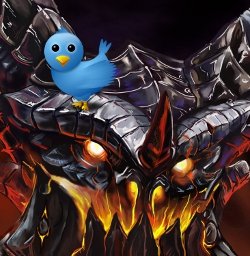 One of our aims with the WoWinSchool Project is to encourage our learners to be good users of emerging technologies and social tools like Twitter.  Students are already writing volumes of text via their cell phones and Facebook, and though this often is, at best, overlooked in language arts circles, more often it is vilified and seen as the beginning of the end of civilization as we know it.  Far from the truth, it’s a medium of communication that we should explore and encourage with our students.

We’re using our Hero’s Journey course to do just that, and in the process students are having to think critically about characters’ point-of-view and effective word choice in a medium that values brevity:  Twitter.  If you are unaware, Blizzard Entertainment, the creators of World of Warcraft will launch their third major game expansion, Cataclysm, on December 7th of this year.  Since this is an epic and immersive story world, in the weeks leading up to this event, changes are taking place in the game to advance the story.

Our challenge to students is to tell that story, via Twitter, from an NPC’s (non player character’s) point-of-view.  Some have selected major characters like King Varian Wrynn, the leader of the humans, while others have chosen to tell the story from lesser character’s points-of-view, such as Kira Songshine, the traveling bread vendor.  Whether they chose major or minor characters, good or evil, was up to them.  In fact, one will be telling the story from the dragon Deathwing’s (the primary villain in the upcoming expansion) point-of-view.  Some will take a serious approach, others a more comical.  We’ve left that up to the students.  We’re simply providing feedback on grammar and Twitter etiquette.

The real magic is that anyone can watch this Twitter drama unfold over the coming weeks!  All you need to do is search #wowinschool, which will be included in each Tweet the students create.  We also encourage you to interact with the kids.  Ask them questions about the events they “see” unfolding around them.  Expect them to respond, “in-character.”  In fact, this may take on more of a journalism aspect depending on the level of interaction.